Defeating Covid starts in the mind

Press on READ MORE to watch a recording of this webinar. 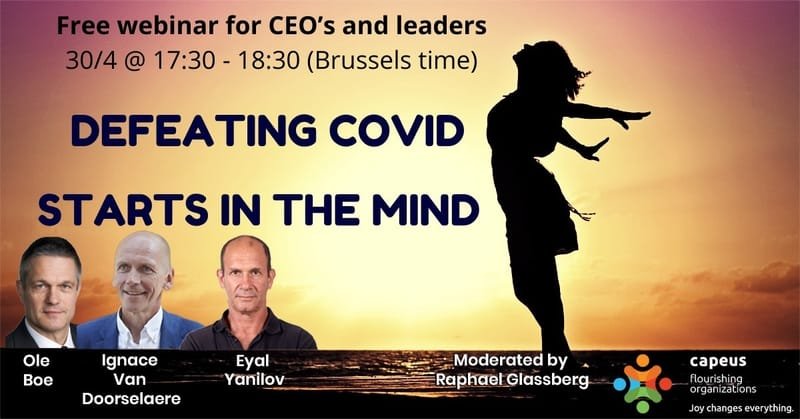 You can watch a Video Recording of the session here.

We apologize for the fact that the video recording starts when we were already 10 minutes live. We had a technical issue. The missing part was an introduction by Raphaël Glassberg and the first part of the talk by Eyal Yanilov.

The introduction was about how to ask questions in Zoom, and a short introduction about the speakers, as described below.

After watching, we would love to have your 2-min feedback.

Covid-19 has created an unprecedented situation, quite suddenly. It took us by surprise. Most of the things we took for granted already seem far away. This imposed change creates a series of challenges, some of which are even threatening the existence of companies. As many heads of state have declared, we are at war.

This is a new reality for most of us, even for the most endured CEO's. What we have been doing in the past, may or most likely may not be adapted to the current situation. And this situation is not going away soon. We need strategies and methodologies to take on the fight.

For you, as a CEO or an organizational leader, we have brought together 3 experts that will share with you how business leaders can benefit from the insights and methodologies of special forces: 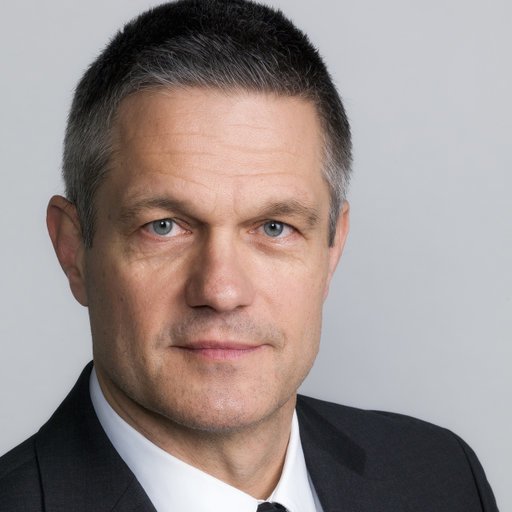 Ole Boe: was responsible for the Norwegian Military Academy’s concept of stress management, for preparing officers mentally for combat and other stressful and challenging situations. He served as an operational officer in a Norwegian military special unit conducting VIP protection, hostage rescue, and close combat. He taught close combat and combat mindset to elite units in many countries. Ole taught leadership to army officers at the Norwegian Military Academy and the Norwegian Defense University College. He currently works as a professor of organization and leadership at the School of Business at the University of South-Eastern Norway. Ole is a Krav Maga expert. 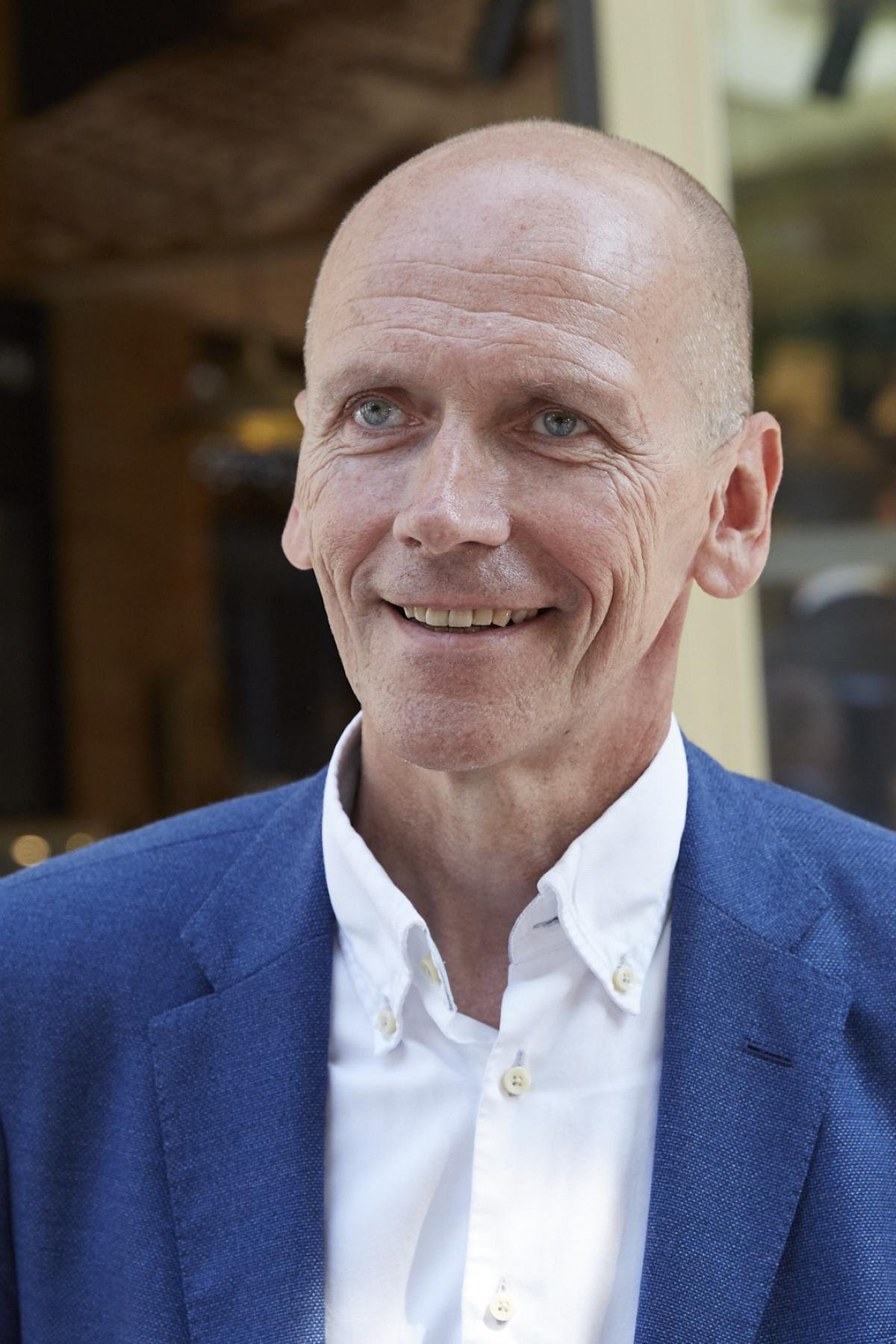 Ignace Van Doorselaere: spent 28 years in leading business positions: 12 years at AB-Inbev, the world’s leading brewery (leading Mergers & Acquisitions, Holland and Western Europe business unit as a member of the Executive Committee). 13 years as a CEO at Van de Velde, a stock-listed premium lingerie player in Belgium, and now over 3 years as a CEO at Neuhaus, Belgium’s premium international chocolate brand.   As a Krav Maga student, he was inspired to name his own company 4F (Flexible Focus, Fair Fight). He wrote a number of books: ‘The Road to Perpetuity’ and ‘Always Think Attack’ being two examples. 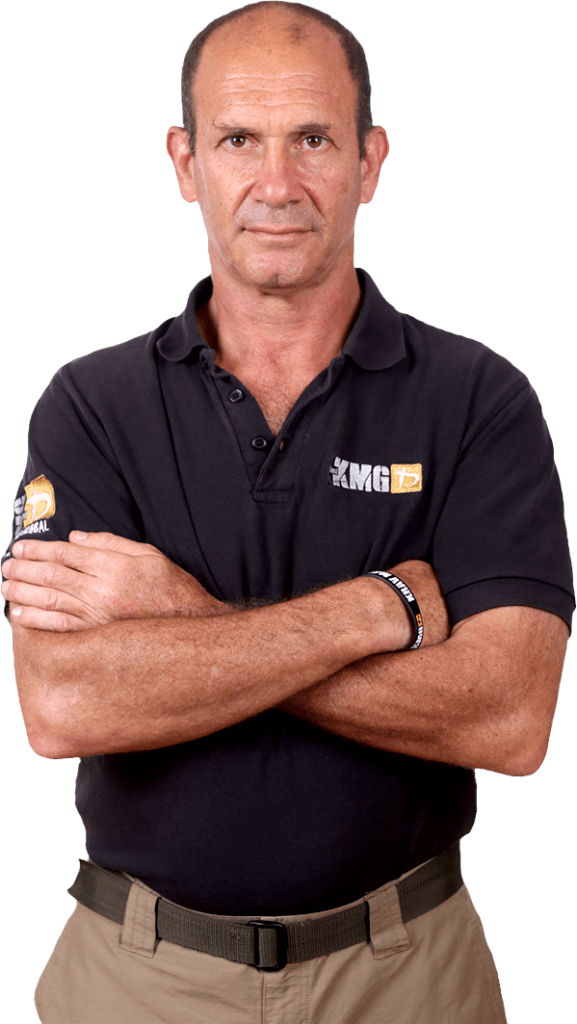 Eyal Yanilov: heads Krav Maga Global (KMG) with branches in over 60 countries. Eyal was named head of professional committee in Krav Maga by its founder, Imi Sde-Or (Lichtenfeld), who assigned him to develop the modern Krav Maga curriculum; Eyal has made Krav Maga into an integrated technical and tactical system. He has been teaching international and Israeli military, law enforcement, anti-terror, undercover, and special forces for over 35 years. Through KMG Boardroom Warriors, Eyal translates the combat mindset expertise to executives to help them deal with organizational challenges. He has written many books and produced many video classes.

The speakers will address the following topics: 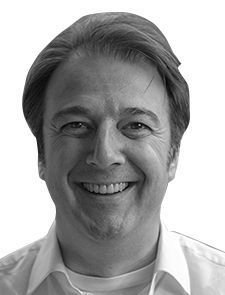 This webinar will be hosted by Raphaël Glassberg: founder Capeus; trainer, coach and consultant for CEO's, leaders and managers. He held numerous leadership positions in different companies (CEO, CFO (diamonds industry), Business Development Manager for Option until after its IPO) and founded a number of companies (high-tech and services). Raphaël has been training Krav Maga since 1984 and has been a Krav Maga expert since 2010. He graduated in 1994 from the Solvay business school in Brussels.

We are pleased to invite you to join us on a free webinar, invite-only, for CEO’s and organizational leaders.